The patient who died in a botched procedure at Parirenyatwa Group of Hospitals, according to social media sites, was actually taken to Parirenyatwa after problems from surgery at a private Harare institution, but died while being readied for corrective surgery.

According to Dr Aspect Maunganidze, Chief Medical Officer of the Parirenyatwa Group of Hospitals, the patient was sent to the Government institution for better treatment following the terrible episode in private care.

Parirenyatwa, which handles an average of 35 births each day, has a highly skilled staff and well-equipped Intensive Care Units to treat serious patients.

“The patient was operated on and unfortunately complicated in a private hospital,” said Dr Maunganidze. “Parirenyatwa Group of Hospital was involved to assist in critical care and the patient died while being prepared for corrective surgery. The patient was on one of our best and newest ventilators.”

In a statement the hospital reiterated its commitment to save saying they are complimented by advanced equipment at the hospital. 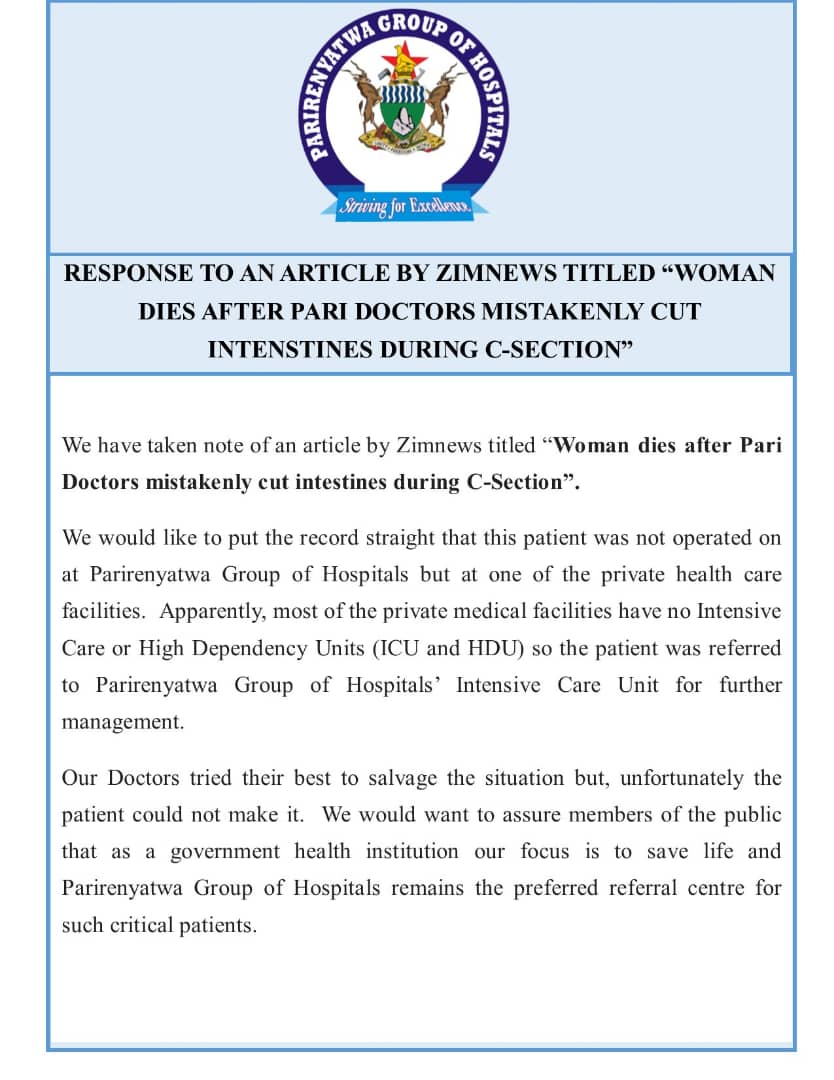 “Apparently, most of the private medical facilities have no Intensive Care or High Dependency Units (ICU and HDU) so the patient was referred to Parirenyatwa Group of Hospitals’ Intensive Care Unit for further management,” reads part of the statement.

“Our doctors tried their best to salvage the situation but, unfortunately the patient could not make it.

“We would like to assure the public that as a Government health institution our focus is to save lives and Parirenyatwa Group of Hospitals remains the preferred referral centre for such critical patients.”

Everything We Know About Jaison Muvevi