A man was killed by a train in Mt. Hampden recently while sleeping on the track. It is suspected that he was drunk.

NRZ encourages people to exercise extreme caution on railroad tracks as such accidents seem to be on the increase.

The tweet by the National Railways of Zimbabwe, however, went viral as their social media manager failed to write a proper update on the issue. 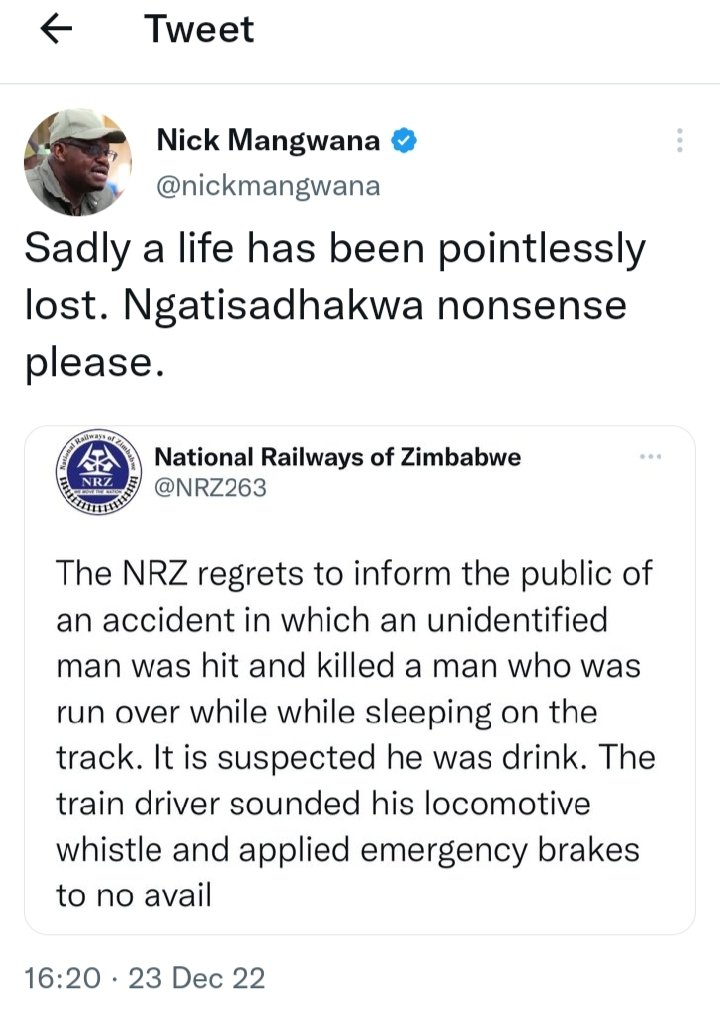 Everything We Know About Jaison Muvevi